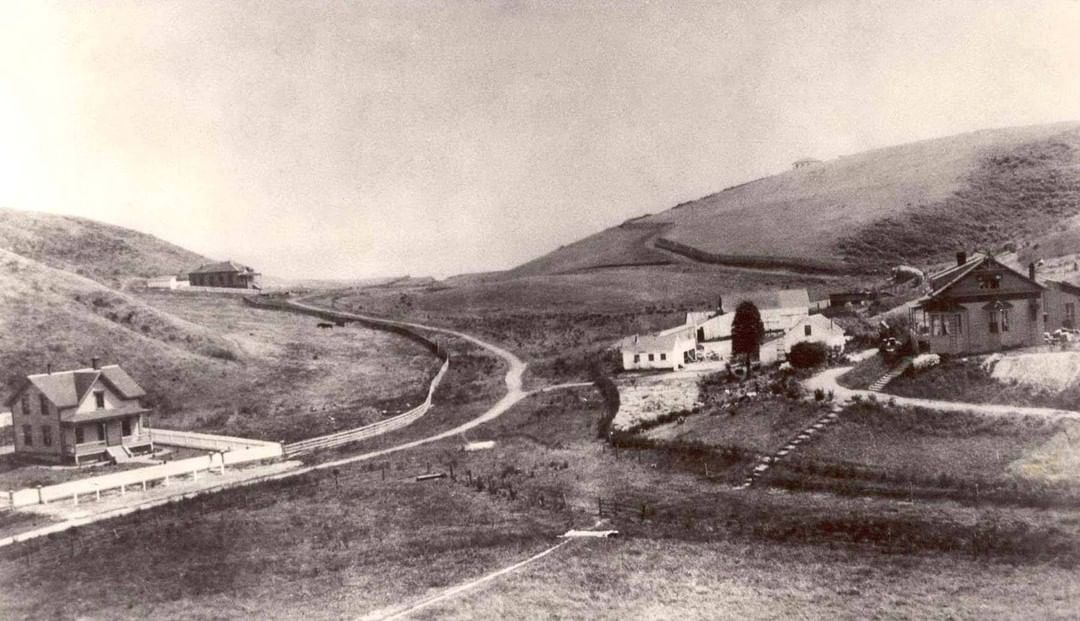 Some great history from the Bolinas Museum: "On June 5, Bolinas suffered a raging fire in the two story Waterhouse Building, next to the Bolinas Post Office. It devastated community members’ apartments and businesses. This structure was built by the Waterhouse-Pepper family, who also constructed the post office building and St. Aiden’s church—all on their family land. All three structures were built in the 1960s, but the site and the Waterhouse-Pepper family are an important part of Bolinas history, going back to the 1880s. In this photograph, c. 1884, we see newly created Brighton and Terrace Avenues. On the right is the Waterhouse home and dairy buildings, the site of today’s post office, Waterhouse Building, and St. Aiden’s.

In the early 1880s, Nellie and Frank Waterhouse anchored this area as downtown Bolinas when they purchased part of J.J. Briones’s dairy ranch, created Brighton, Terrace, and Park Avenues, subdivided the land, and offered lots for sale as the Granda Vista subdivision. Nellie, who contributed much to the community, supervised building her family house, as well as the development of homes of local residents. The couple’s only child, Marin Waterhouse, married Lewis Pepper, whose family’s homestead is now Gospel Flat Farm. Marin and Lewis had nine children who played important roles in the town. The Peppers were builders who constructed many of the now historic homes on Brighton Avenue, and carried that tradition into the 1960s, when they constructed the much needed new buildings to serve the Bolinas community. Over the years, the Waterhouse Building has housed many businesses, including the town hardware store and laundromat. In recent decades, it has housed Seashore Realty, run by Louise Pepper and Flower Fraser, where Louise and Frank Pepper’s daughter, Connie Pepper Lewis, works with Flower today.

Firefighters prevented the adjacent buildings from catching fire, but the roaring fire and water damage in the Waterhouse Building destroyed people’s homes and places of business, along with important resources for the community. Such a terrible fire underscores the vulnerability of our town’s historic architecture and our individual responsibility for fire prevention.