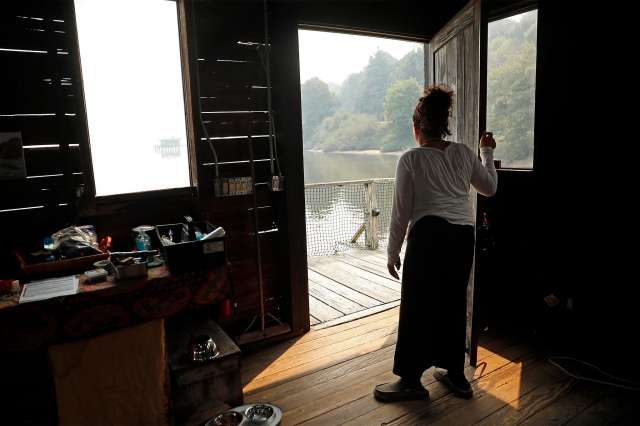 "Madeline Hope said the part of the Silverhills area where her home sits, and where evacuations are mandatory, is about a quarter-mile from where the fire is burning.

“If we lose everything, we still own the land and we can rebuild,” she said.

Ken Fox has been a volunteer firefighter in the town of Inverness for three decades. He said he was evacuated last week from Fox Road, named for his father, in the Silverhills evacuation zone to escape the encroaching Woodward Fire.

He said he has not been directly fighting the blaze but has helped advise on the best trails and roads for firefighters to use to drive in bulldozers and other equipment to surround and beat back the blaze with controlled burns."

FULL STORY: https://www.sfchronicle.com/bayarea/article/Woodward-Fire-in-Point-Reyes-upends-lives-in-West-15526085.php
News Archives
The West Marin Feed is a curated collection of news, resources and information curated specifically for people living in West Marin with a focus on Point Reyes and Inverness.
Follow us on: