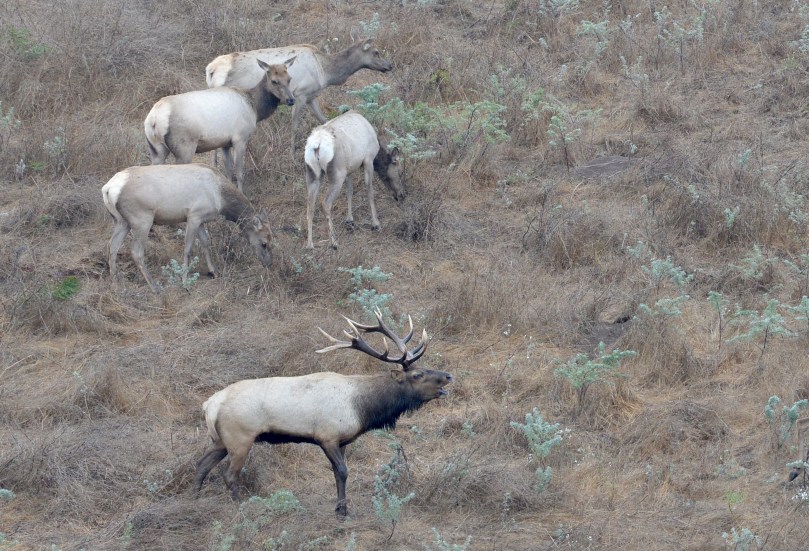 "The Point Reyes National Seashore released a final version of a controversial plan Friday to extend leases of historic ranches in the park and to cull some tule elk to prevent conflicts with private ranching.

In its final environmental review of the park’s general management plan amendment, the National Park Service’s preferred option is to extend leases for private ranchers from five-year terms to up to 20-year-terms. The 24 ranching families in the park and neighboring Golden Gate National Recreation Area would also be able to diversify their livestock beyond cows on a case-by-case basis to include other animals such as goats, chickens and pigs.

To address conflicts between the free-roaming Drakes Beach tule elk herd and ranches, the plan would allow park staff to kill some elk to keep the population to 120 elk. The herd had 138 elk as of the last count in late 2019."

"David Evans, owner of the D. Rogers Ranch lease in the seashore, said he was pleased with the park’s proposal, saying it will ease the uncertainty of short-term leases, provide more economic security through livestock diversification, promote improved land stewardship and potentially allow visitors to access ranches."

"Fleur Dawes, communication director for In Defense of Animals, said the park service should expect more pushback including protests and other actions in the coming weeks."

FINAL PLAN: https://parkplanning.nps.gov/documentsList.cfm?projectID=74313
News Archives
The West Marin Feed is a curated collection of news, resources and information curated specifically for people living in West Marin with a focus on Point Reyes and Inverness.
Follow us on: