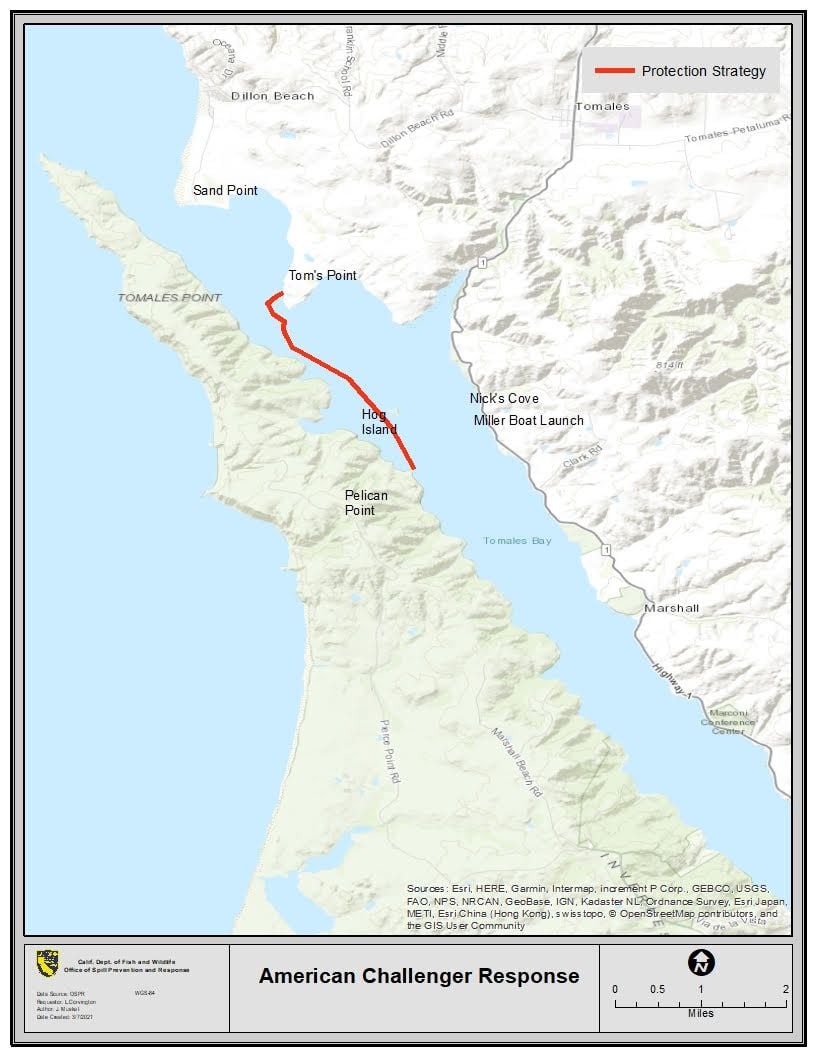 An update on the grounded boat north of Dillon Beach via Cal Spill Watch: "An investigation is underway to determine the amount of fuel aboard the American Challenger. Overflights have observed a small amount of motor oil in vicinity of the vessel but there is no extensive sheen coming from the vessel. Teams will conduct cleanup operations if recoverable.

As a precautionary measure, 4,000 feet of boom was deployed to protect sensitive habitat, including oyster beds, in Tomales Bay. Additional booming will be deployed tomorrow.

Of the deployed boom, there will be a 100 foot gap for recreational boaters to transit at the deepest point of the channel south and east of Hog Island. If there is a threat to the oyster bed, the gap will be closed. USCG is broadcasting a Safety Marine Information Bulletin (SMIB) to inform public of protection operations in Tomales Bay.

There have been no confirmed reports of oiled wildlife.

If oiled wildlife is seen, the public is asked not to approach the animal and instead call the Oiled Wildlife Care Network at 1-877-823-6926."

MORE INFO: https://calspillwatch.wordpres...
News Archives
The West Marin Feed is a curated collection of news, resources and information curated specifically for people living in West Marin with a focus on Point Reyes and Inverness.
Follow us on: