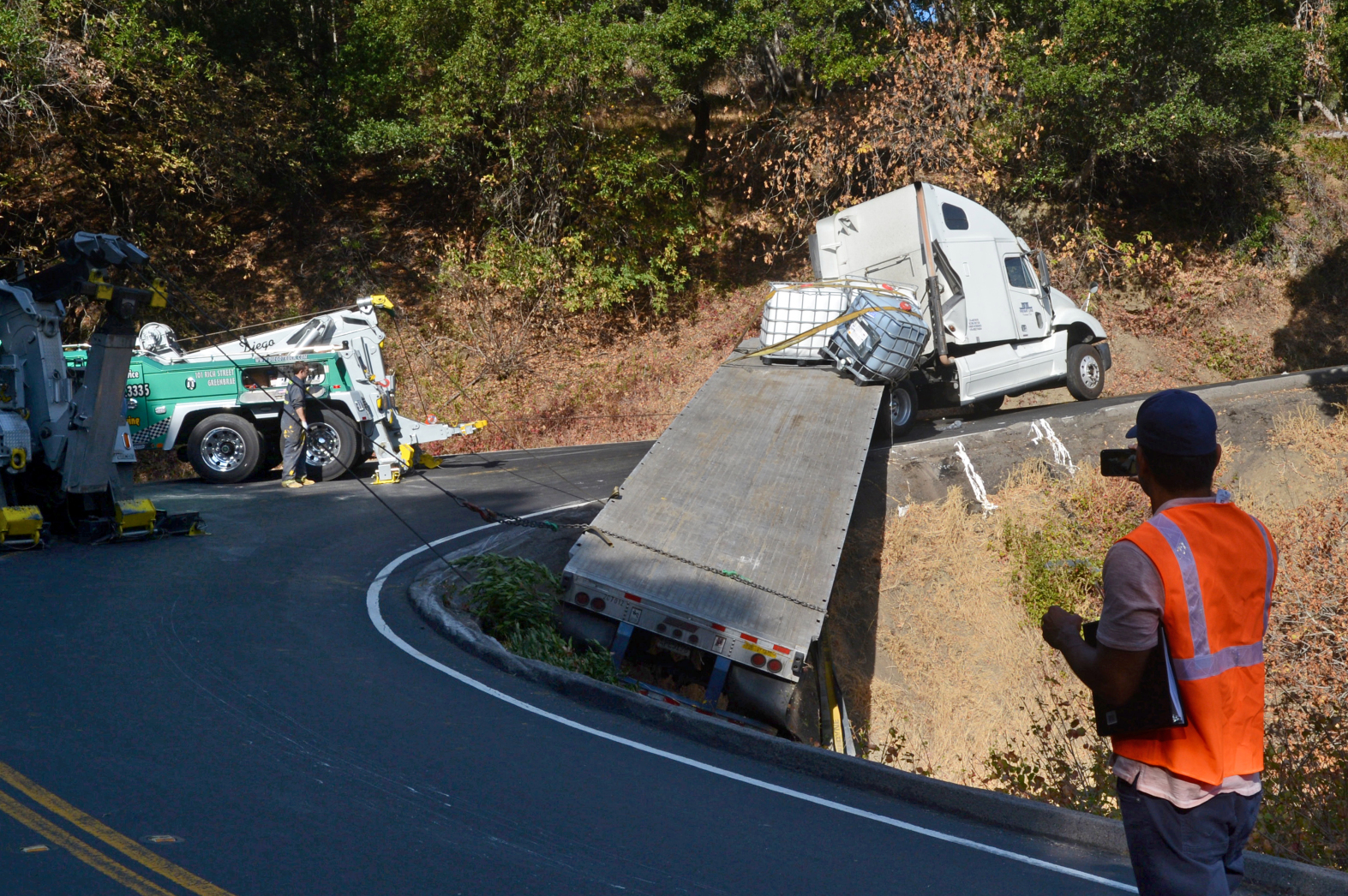 Via MarinIJ: "A dangerous hairpin turn on Lucas Valley Road, known as a notorious trucker trap where rigs often slip off the road, will soon receive a $2.25 million upgrade.

The Marin County Department of Public Works will begin seeking contractors for the job this week. Construction is expected to begin mid-summer and be completed by the end of the year.

The turn at milepost 5.08, just east of the Big Rock trailhead, will be realigned to soften the sharp turn where several crashes have occurred over the years. However, trucks longer than 36 feet will continue to be prohibited from the two-lane road.

The project calls for a new 135-foot-long retaining wall on the downhill side of the turn, allowing for the curve to be less sharp. There will also be storm drain improvements and a new guardrail.

When the Board of Supervisors approved the project in 2017, a study of the area revealed that from 2004 to 2014 there were 17 severe injuries because of crashes along the curve, including nine incidents in which vehicles ran off the road."

FULL STORY: https://www.marinij.com/2021/0...
News Archives
The West Marin Feed is a curated collection of news, resources and information curated specifically for people living in West Marin with a focus on Point Reyes and Inverness.
Follow us on: