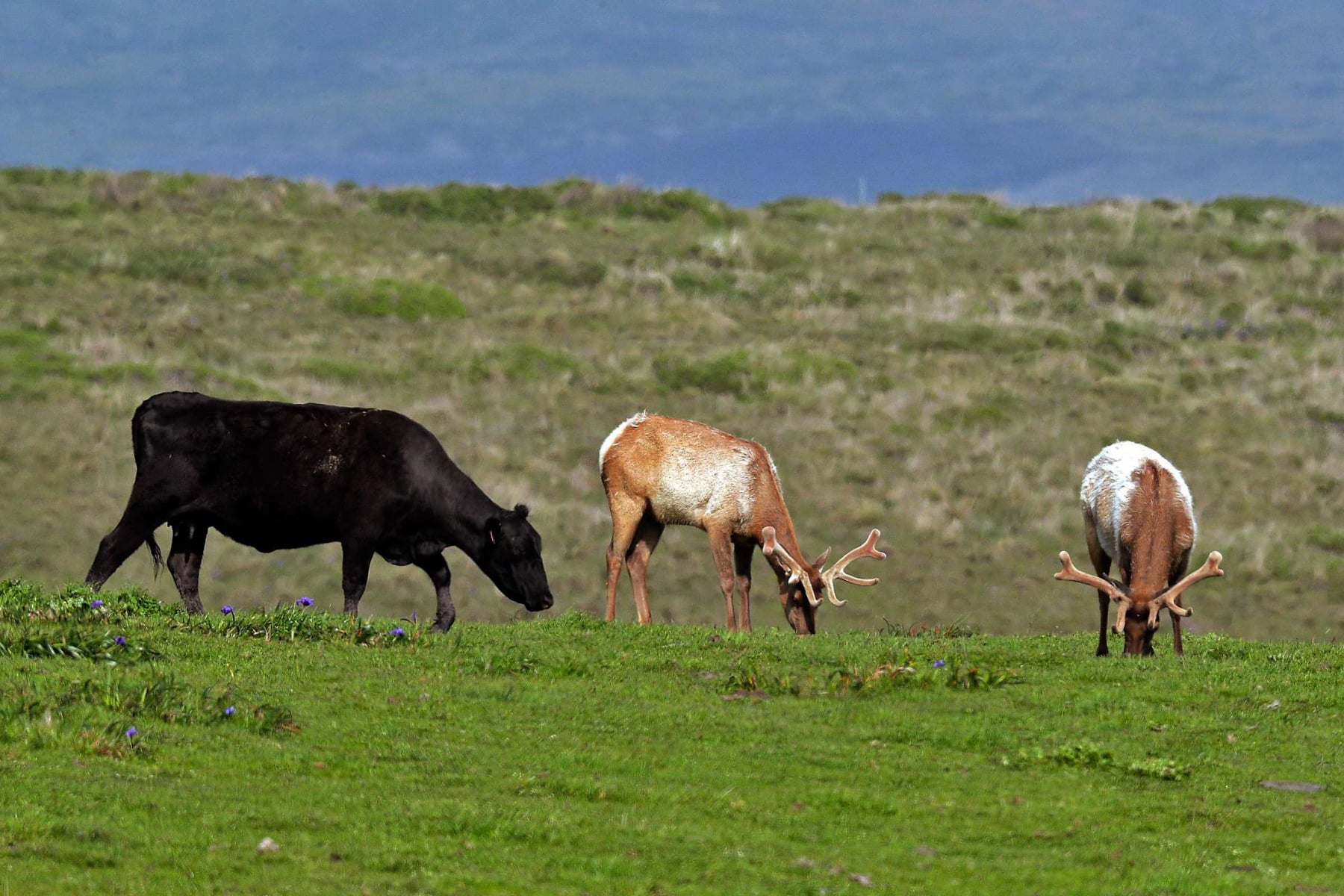 "A controversial plan to continue cattle ranching while capping elk numbers in Point Reyes National Seashore passed a key hurdle Thursday night when the California Coastal Commission signed off on the arrangement.

The state agency was one of the last clearances needed — and one that posed the most risk of obstruction — before a largely procedural yet closely watched update to the park’s management plan becomes official.

Critics of the plan, who say it puts the needs of ranchers before those of wildlife, mounted a far-reaching campaign to try to get the Coastal Commission to oppose the park’s update. More than 40,000 comments were sent to the agency in advance of Thursday’s virtual meeting. But in the end, the state agency’s governing board endorsed the plan, with a handful of conditions, by a 5-4 vote.

While more than 100 people spoke at a marathon 12-hour hearing on the matter, with most calling for the Coastal Commission to reject the park’s plan, the agency’s approval was limited to a narrow issue: whether the plan would have spillover effects beyond the park. The state agency has no direct authority over federal property, and even if the governing board had withheld support, the park could have moved forward unilaterally."

FULL STORY: https://www.sfchronicle.com/lo...
News Archives
The West Marin Feed is a curated collection of news, resources and information curated specifically for people living in West Marin with a focus on Point Reyes and Inverness.
Follow us on: