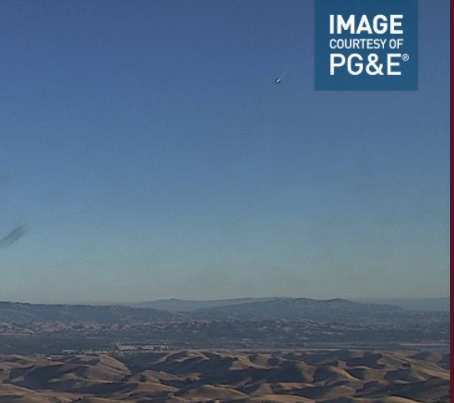 Yesterday around 7:15pm there was a "daylight fireball" event that could be seen around California. I was at a baseball game in Woodacre and saw it clear as day. A big silver ball going across the sky, anyone else see it?

This screen capture of a fire camera video shows it in the upper right corner.

"A fireball is another term for a very bright meteor, generally brighter than magnitude -4, which is about the same magnitude of the planet Venus in the morning or evening sky. A bolide is a special type of fireball which explodes in a bright terminal flash at its end, often with visible fragmentation."

Meteor report:
https://twitter.com/amsmeteors...
News Archives
The West Marin Feed is a curated collection of news, resources and information curated specifically for people living in West Marin with a focus on Point Reyes and Inverness.
Follow us on: