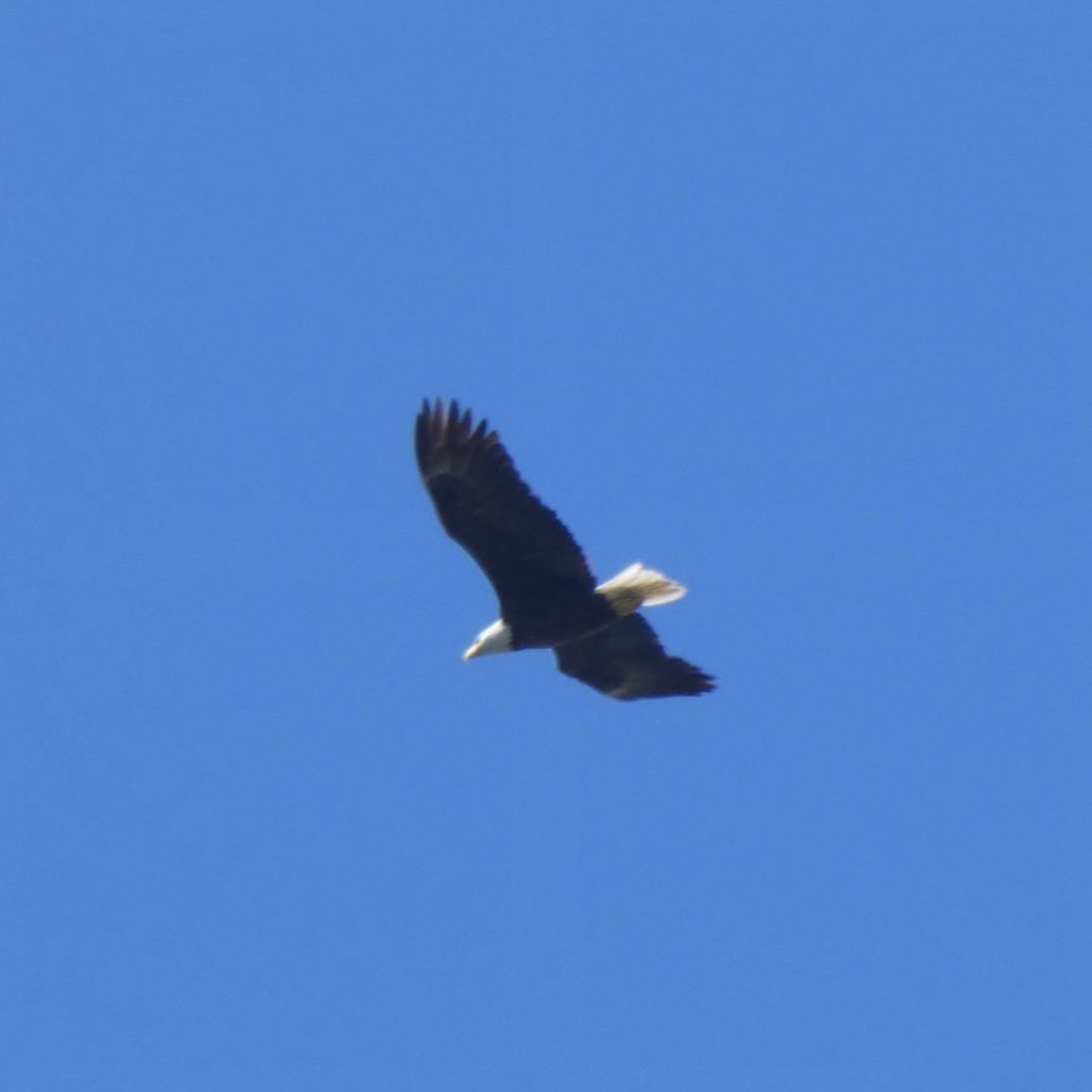 Nice article in the Point Reyes Light about the return of the bald eagle: "A growing number of bald eagles are soaring the skies of West Marin, proof that fierce protection can save a species that once perched on the brink of extinction. Long endangered, eagles have established at least three huge nests in the region—on the Inverness Ridge, at Kent Lake and perhaps at Walker Creek, according to Jules Evens, author of “The Natural History of the Point Reyes Peninsula.” Several youngsters that haven’t yet settled down have also been spotted.

According to Mr. Evens, they likely all descended from a single pair that settled at Kent Lake in 2008. Kent Lake isn’t traditional eagle territory; the reservoir was created in 1958 by drowning forests in a valley south of Lagunitas. But the nest marked the return of eagles to Marin County after more than a century.

Osprey populations have plummeted at Kent Lake. Once home to 40 to 50 nests, it now has only about 10."

Ospreys also seem to be declining along Inverness Ridge. “The bald eagles come in and they’ll just snatch the osprey chicks right out of the nest,” Dave Press, a wildlife ecologist in the Point Reyes National Seashore, said."

Buy the paper to read the full story:
https://www.ptreyeslight.com/a...
News Archives
The West Marin Feed is a curated collection of news, resources and information curated specifically for people living in West Marin with a focus on Point Reyes and Inverness.
Follow us on: