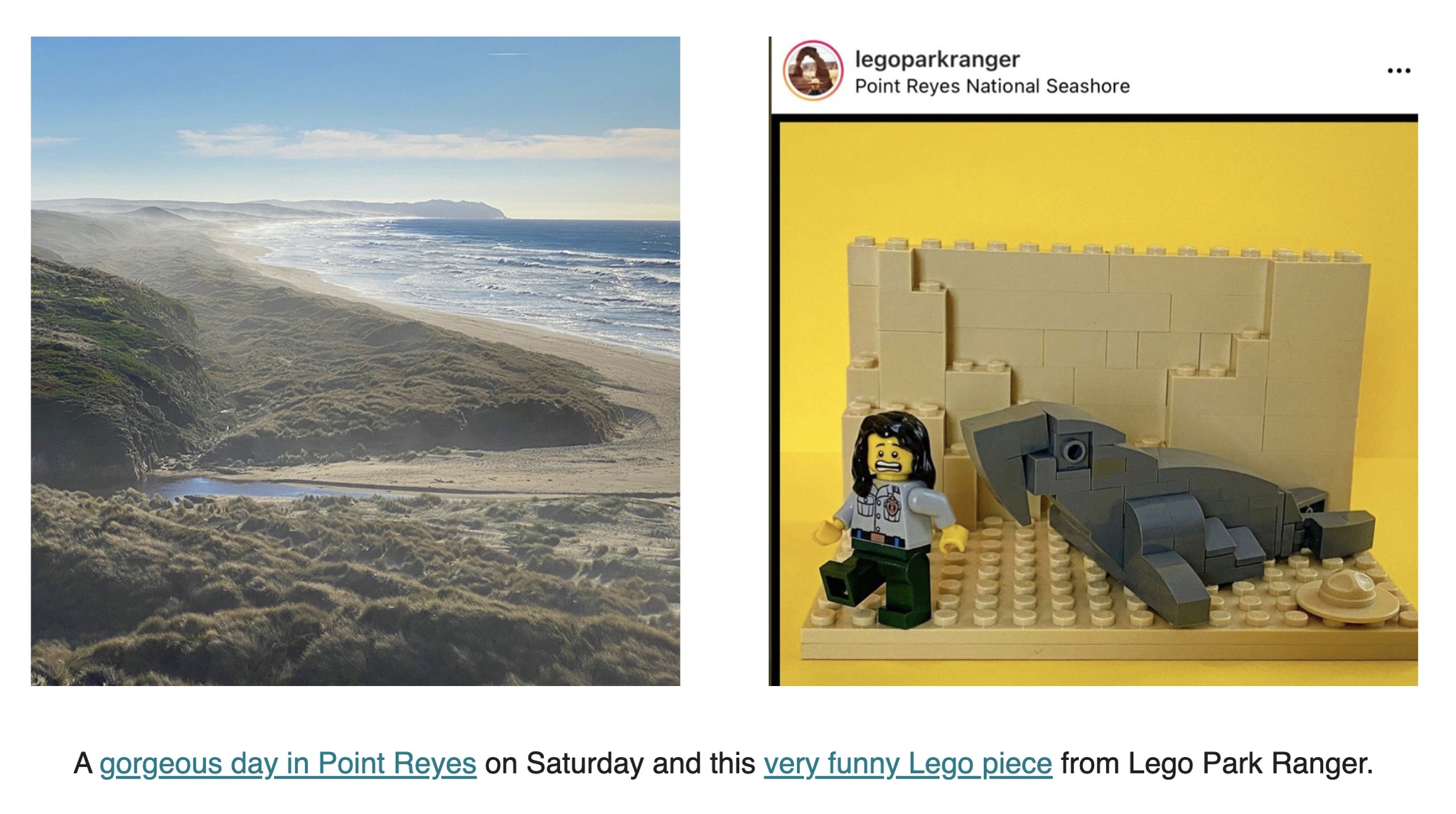 So much to catch up on in the last couple of days. Check out the last two email updates for the latest news and photos:

Some of the stories covered:

- The whales are back, via Point Reyes NPS: Whale count: 12 grays, 2 humpbacks. A blue whale also reported! Seen from the observation desk at top of lighthouse stairs.

- The western monarch butterfly, a migratory population that overwinters on the California coast, has both delighted and befuddled conservationists this year with an apparent surge after last year’s low numbers.

- Skeletal remains found in a remote area of the Point Reyes National Seashore were identified late last month as belonging to a Petaluma man who went missing nearly a decade ago.

- The chief of the Marin Agricultural Land Trust, Thane Kreiner, resigned last week after just nine months in the position.

- Lots of sunshine and not much rain for at least the next two weeks.

Photo of Point Reyes by The West Marin Feed.
Back to the Facebook Feed